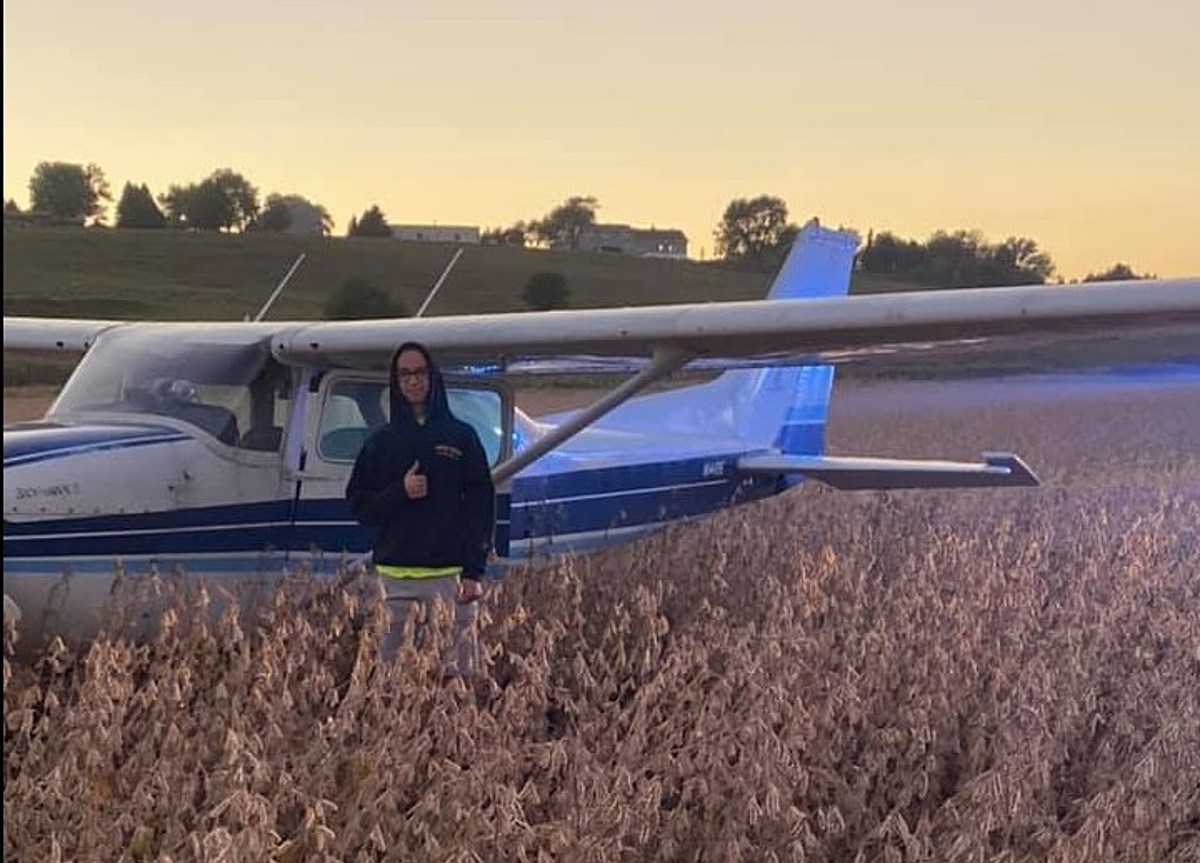 Yes, you read that right. At just 16, a pilot with engine failure shot down his plane safely last night.

It happened Sunday night near Yutan, Nebraska, just over 30 minutes west of Omaha.

Just before 7 p.m. Sunday night, Yutan Volunteer Firefighters said they responded to a call for a plane making an emergency landing in a field northeast of Yutan City.

About five minutes later, they arrived at the scene and found the following. The plane was standing in what appears to be a wheat field. The teenage pilot was not injured and had already exited the plane. The aircraft itself suffered no damage.

The anonymous pilot told emergency crews he was flying alone when he admitted the plane had an engine failure and needed to make the emergency landing. Nice work, young man.

Teenage pilots having to make emergency landings is not that uncommon. Earlier this summer, another happened in a much more populated area.

18-year-old pilot Landon Lucas was flying a banner plane near the Jersey Shore when the plane suffered a problem that prevented it from getting proper fuel flow. CNN reported at the time that Lucas first attempted to land at Ocean City Municipal Airport. Persistent issues with the plane made this impossible, so Lucas landed the plane on a bridge in New Jersey. No one was hurt.

The next day, Fox 29 in Philadelphia spoke to Lucas about what had happened. Just listen to the young man tell the story of what happened the day before and exactly how he handled it. Another very impressive young man.