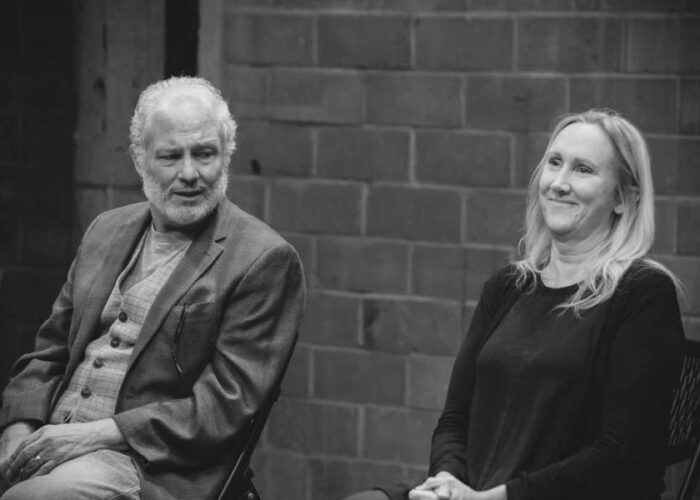 Marcia Kure’s “Network” is the kind of song you’ll want to devote a lot of time to. The Menil Drawing Institute commissioned Kure – whose work was collected by the Smithsonian National Museum of African American Art, the British Buseum, the Center Pompidou, and other institutions – to create the piece for its series of ephemeral wall drawings. Kure draws patterns and materials from his native Nigeria to create a large piece that begs viewers to slowly migrate from side to side and back again.

“The sand is reminiscent of the shadow of the moon” gives the impression of entering three different worlds. Kapwani Kiwanga – a native Canadian living in Paris – for her first solo exhibition in Houston has created two environments that are both inviting and alien to speak of the nature of her materials and the history they possess. “Maya-Bantu” is a 25 foot sculpture draped in sisal from Tanzania. And “Dune” mixes pieces of glass with 50 tonnes of sand used in hydraulic fracturing. “Vumbi” – the third piece, and not site specific – captures the artist gently cleaning dust-covered foliage in Tanzania as vehicles pass by, stirring up new sediment. His works evoke a strong sense of belonging and also an awareness of our relationship with nature.

Or: Moody Center for the Arts, Rice University, 6100 Main (near entrance 8)

This Tony-nominated play by Lucas Hnath takes place several years after Ibsen’s classic “A Doll‘s House” ended as Nora Helmer’s character struggles with 19th-century rules of gender and expectations. In 2017, â€œADH Part 2â€ was nominated for eight Tony Awards and won the award for Best Actress in a Leading Role. Now 4th Wall Theater Company is staging a version from October 14th.

Chances are you’ve seen Taft McWhorter’s work in town. His large-scale paintings are on display in the halls of the JW Marriott and the Westin Houston Medical Center. And it’s a favorite of high-end auctions, including the Astros Foundation’s Diamond Dreams gala; McWhorter has helped raise over $ 700,000 over the past decade. See his contemporary pieces up close this month at the Jack Meier Gallery.

When the pandemic forced John Slaby to cancel the sequel to his 2018 show, “The Male Gaze,” he turned inward to create a series of self-portraits, including “Perpetual Self-Portrait” and ” Solipsism “, the title of his exhibition at the Archway gallery. “Pygmalion” captures the journey into hallucinatory madness out of quarantine isolation and “Out! Out!” expresses the artist’s point of view on mortality. A total of 80 works are exhibited.