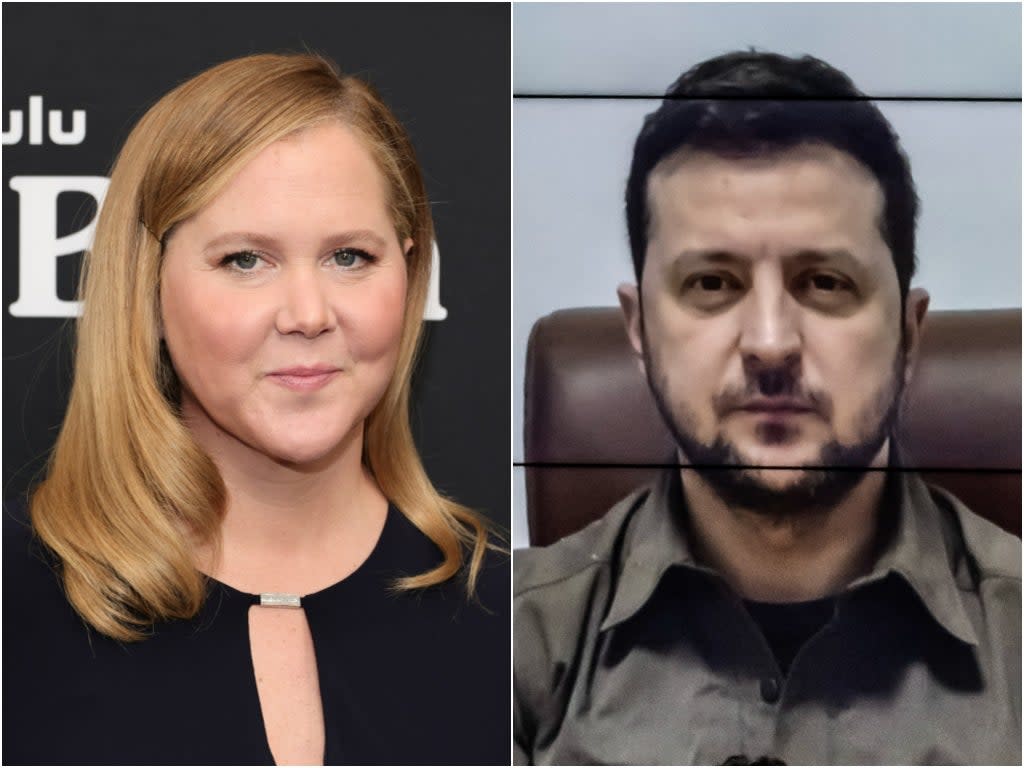 Oscars co-host Amy Schumer revealed that his request for Ukrainian President Volodymyr Zelensky to address the star-studded gathering was denied.

In one teaser clip for her upcoming appearance to the Drew Barrymore To show on March 24, the comedian commented on using the Oscars platform to highlight important global issues – including Russia’s ongoing invasion of Ukraine.

During the interview, Schumer told host Drew Barrymore that she wanted Zelensky to speak at the March 27 ceremony “because there are so many eyes on the Oscars,” but her idea was rejected by the organizers.

“I’m not afraid to go,” she added, “but I’m not the one producing the Oscars.”

Responding to Barrymore’s question about how she would “handle the Oscars at this time” of political unrest, Schumer acknowledged that the “pressure” was both sensitive and funny.

“I think there’s definitely a pressure in a way to say ‘it’s a vacation, let people forget we just want to have this night’, but it’s like we have so many eyes and ears on this show,” she explained. .

Noting that the Oscars provided a “great opportunity to comment on at least a few things,” she told Barrymore that she had “jokes that highlight the kind of current condition.”

“I mean, there are so many horrible things going on that it seems hard to focus on which one.”

With Schumer, actor and comedian Wanda Sykes and horror movie star Regina Hall have been roped in to host the ceremony this year.

The last person the Academy hired for this job was Kevin Hartwho was to host the 2019 Oscars but was forced to resign soon after his old homophobic tweets have resurfaced online.

One of his now-deleted tweets, posted between 2009 and 2011, read, “Yo if my son comes home and tries to play with my daughter’s dollhouse I’m gonna smash it over his head and say n my voice ‘stop it gay’.

It was the first time since 1989 that the Oscars were hostless, relying instead on flashy montages and high-profile presenters to carry it. The ceremony also did not have an official host in 2020 and 2021.

The Independent has a proud history of campaigning for the rights of the most vulnerable, and we launched our first campaign to welcome refugees during the war in Syria in 2015. Today, as we renew our campaign and launch this petition to Following the unfolding crisis in Ukraine, we are asking the government to go further and faster to ensure the delivery of aid.