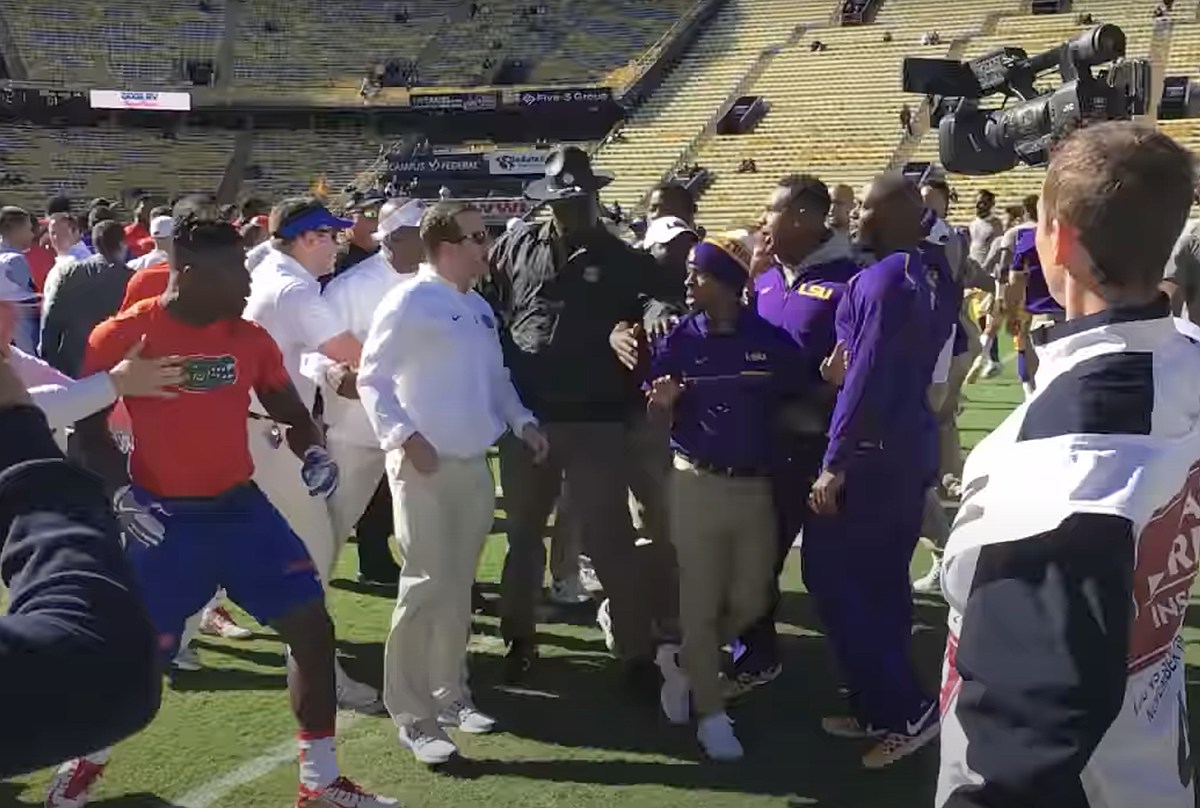 Is there a new rivalry within the rivalry between the New Orleans Saints and the Tampa Bay Buccaneers?

Well, I should actually call it an old rivalry (which I’ll explain in more detail in a moment) but besides Mike Evans vs. Marshon Lattimore and Tom Brady vs. Everyone, I think CJ Gardner-Johnson vs. Leonard Fournette The battle will be one to watch in the next clashes between these two NFL teams.

If you haven’t seen the music video already, Gardner-Johnson and Fournette had to be separated following the Saints’ spectacular victory in the dying moments of their Week 8 clash with Tampa Bay.

I remember being in a mad state coming out of my section at the Caesars Superdome, but I turned around when I heard a ruckus taking place behind me.

When I turned around I saw a livid Fournette having to be escorted to the tunnel while trying to reach CJ Gardner-Johnson and a group of Saints players who clearly annoyed him, perhaps by their mere existence afterwards. the hard defeat.

While CJ Gardner-Johnson is no stranger to living rent-free in the heads of opposing players, this brawl goes much deeper than it appears on the surface.

Sure, the Saints have a higher level of contempt for any NFC South opponent, but CJ and Leonard’s beef goes back to their LSU-Florida days. Much like the Saints view their rivals NFC South, LSU despises the entire SEC, but Florida may have an advantage when it comes to their bigger opponents.

While the title of most hated opponent tends to fluctuate based on who’s hot and who isn’t, Florida is right there with Alabama as LSU’s biggest rival and if you come back in. 2016 you will see what I am talking about.

Things got complicated before LSU and Florida faced off, and tensions were already high due to disagreements over where the game was being played due to a recent hurricane in Florida. On top of all that, it was a cold November day in Death Valley kicking off at 11 a.m. and it didn’t take long for players to get a little dashing on the pitch.

Just before the 20 second mark, you can see a young Leonard Fournette dressed in purple LSU warm-ups pushing a Florida coach during the brawl. A Florida player jumps into the frame and must be restrained by the LSU running back.

As a die-hard Saints fan, I’m willing to bet my season tickets that the player we see rushing to Fournette is none other than CJ Gardner-Johnson. You can tell by his build and his hair – oh, and the fact that we’ve seen that tenacity in his last few seasons with the Saints.

Gardner was a rookie defensive back for the Gators and was certainly there on that freezing November morning in Baton Rouge, and I’m willing to bet it was his first meeting with Fournette.

But it won’t be his last.