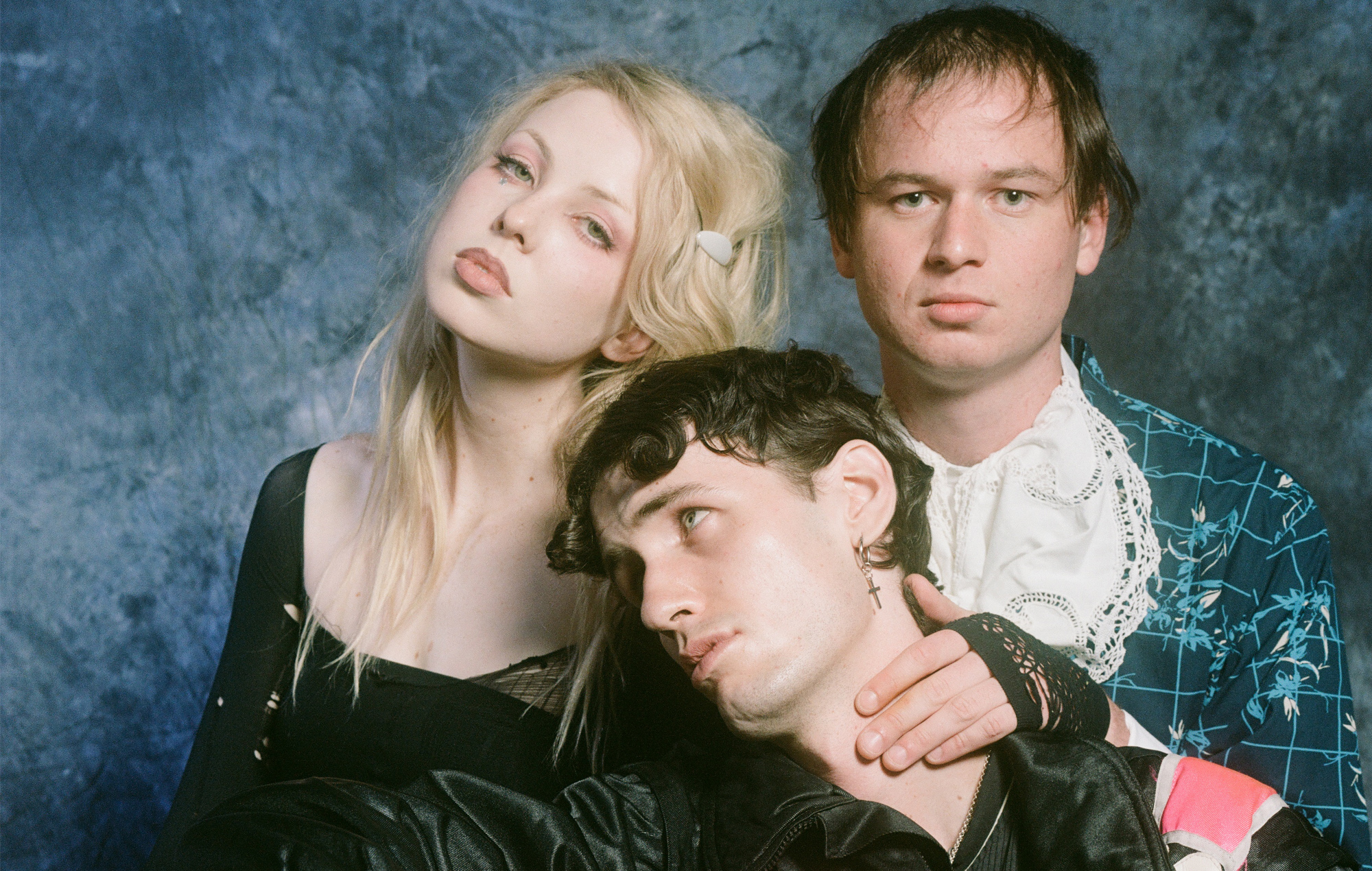 The Goon Sax were performing in a small art gallery above a burrito bar in Canberra in 2017 when disaster struck. The Brisbane indie pop trio, all of school age and on the cusp of releasing their internationally acclaimed debut album ‘Up To Anything’, broke three bass strings and were forced to borrow two bass guitars from their support groups – which they also broke. , abruptly ending the night.

Still, it wasn’t an unusual sight for the young group, who regularly delivered their songs in disjointed fashion live. “I think there was an element of wanting to play old songs just with the energy we felt at the time, to make them more honest,” singer-guitarist Louis Forster said. NME via Zoom. “We played in New Zealand once and did a 17-minute set. And the festival was like, ‘What the fuck is this?’ I think we felt really quick that day.

Bass guitarist James Harrison agrees. “We didn’t really realize that maybe we should play the songs so people can hear the version they like,” he says.

Four years later, the Goon Sax couldn’t be more different. They signed to the legendary New York label Matador Records, recorded with PJ producer Harvey John Parish and are planning a trip to London. The band’s third album ‘Mirror II’, released last Friday, swaps down guitar chords for a stack of analog synths, a wave-less saxophone, and an aesthetic taken from the signature 4AD bands of the 1980s.

“Having drum machine beats means we can’t change the tempo live even if we wanted to,” Forster winks.

The singer joins the call dressed in black, with a crucifix earring hanging from his left ear. The spitting image of his father, the gangly Forster rolls and smokes cigarettes inside throughout our conversation like a protagonist of the French New Wave. Harrison avoids eye contact with the webcam and lets silence ring in the middle of the sentence. Stretching jarring chords and whimsical poetry over bar lines, the bassist’s songs are distinct from those written by Forster or drummer Riley Jones.

“They are about a moment and observe my feelings in the moment,” said Harrison, staring into space. “It would always be the intense moments that were the best. The ones where I felt out of my body and… ”He pauses and smiles:“ I don’t know, I would watch. things. “

Until now, the Goon Sax were defined by their adolescence. They formed in 2013 while they were still in high school, making two records that were obsessed with a binary vision of love: a dialogue between two people, of “I said, then you said”. The honesty produced by their age was incisive but bewildering – Jones said Noisy in 2018, she struggled to listen to their second album “We’re Not Talking” again. “All that mattered to us back then was being honest,” she said. “And now it’s like ‘Oh yeah, we really did that’.”

But on ‘Mirror II’, love and truth are put aside as two-dimensional. For his part, Forster is interested in dissolving linear perspective and personality to illustrate the ways in which we are all interconnected. The number two in the record’s title was initially an arbitrary addition to distinguish the release of another artist’s album called “Mirror,” but it slowly came to represent the concept of “thinking about thinking,” says Forster.

“I think on the first two records, I had the feeling that I wanted to convey something very precisely, like almost an order of events,” he adds. “But then I had a breakdown on the truth in the world. It started to become a very strange, malleable, and mysterious concept for me, which I found to be funny.

On the first single “In The Stone”, a song that started life as a murderous ballad set in Brisbane, the perspective almost changes from line to line. Forster was heavily inspired by Chris Kraus, whose dialogue-rich book I like cock oscillates between different points of view, fiction and memory – a form that reflects the thoughts of the songwriter on his personal life.

“I felt like a different person every day,” says Forster. “For the first time, I was [dating] someone where every one of those things was accepted. Sometimes I would show up to them and feel like a vampire or sometimes I would feel more beautiful. I didn’t think there was some kind of inherent truth or an inherent version of myself that was more specific or more real.

When the band started writing new music, it was the same time they were playing 17 minute sets. As a result, the results were sloppy and sluggish.

“We wrote almost a whole different record that was [Captain] Like a cow’s heart, a little more post-punk, and scrapped a lot, ”Forster recalls. “That stuff was a little reactionary, like we wanted to play these songs in the context of ‘We’re Not Talking’ so we could connect more to our live show.”

Jones and Harrison have devoted time to their side project noisy Soot: a band that looks like Scott Walker at The Tote. Forster moved to Berlin with his then partner, immersing himself in the city’s electronic music scene and working late nights in a cinema.

Upon his return, Jones wrote two songs: “We’re Just Talking” and “Space Time For Love,” the latter “an otherworldly version” of their 2018 song “Make Time For Love,” Forster notes. . “I think maybe the fact that she named them the opposite of these things we had done before was like ‘The Next Day’ by David Bowie on the fucking cover of ‘Heroes’, you know? ” he adds. It was with these “bridge” songs that the Goon Sax began to cast a new mold.

Most of the final material for “Mirror II” was written while the group lived together in a Queensland sharehouse they nicknamed the “Fantasy Planet” – a terrene that also housed three other non-members in a four-bedroom house. . Forster likens it to being wrapped up like sardines, and Jones isn’t sure she would do it again.

“I had a breakdown on the truth in the world. It started to become a very strange, malleable, and mysterious concept for me, which I found to be funny.

It was the studio, however, where the new sound palette of ‘Mirror II’ was defined. While they had miniature keyboards in Fantasy Planet, The Goon Sax ended up in an analog synth arcadia at Invada Studios in Bristol, owned by Geoff Barrow of Portishead. More than half of the keyboard arrangements on the disc were written during these sessions. The group sought out John Parish’s production directly to handle the competing sounds of three songwriters for the first time.

“What I liked about John was that his sound wasn’t something that was defined,” says Forster. “I think it just pushes people deeper into what they’re already doing and helps them explore it more deeply.

“He wouldn’t just understand one of us and try to make the other look like that person.”

Between Forster’s haunted honky-tonk, Jones’s dreamy drones, and Harrison’s folk outsider, the songwriter triumvirate indeed presents wildly different tones. A deep reverence for pop music and its palliative function sticks them together, as Jones sings on ‘Desire’: “I tried to listen to a pop song to pass the day / But all I heard was you”.

Thanks to this shared pop impulse, ‘Mirror II’ is homogeneous, the stylistic palette of the three members is imperceptibly stitched together. On the classic record sleeve, the trio are dressed in an 80s fluorescent costume, but posed anachronistically like a Renaissance painting, interwoven on the diagonal axis of the frame. It’s impossible to tell where one of them starts or where the other two end, an apparent metaphor for their new worldview: It can be uncomfortable, but we’re in the same boat.