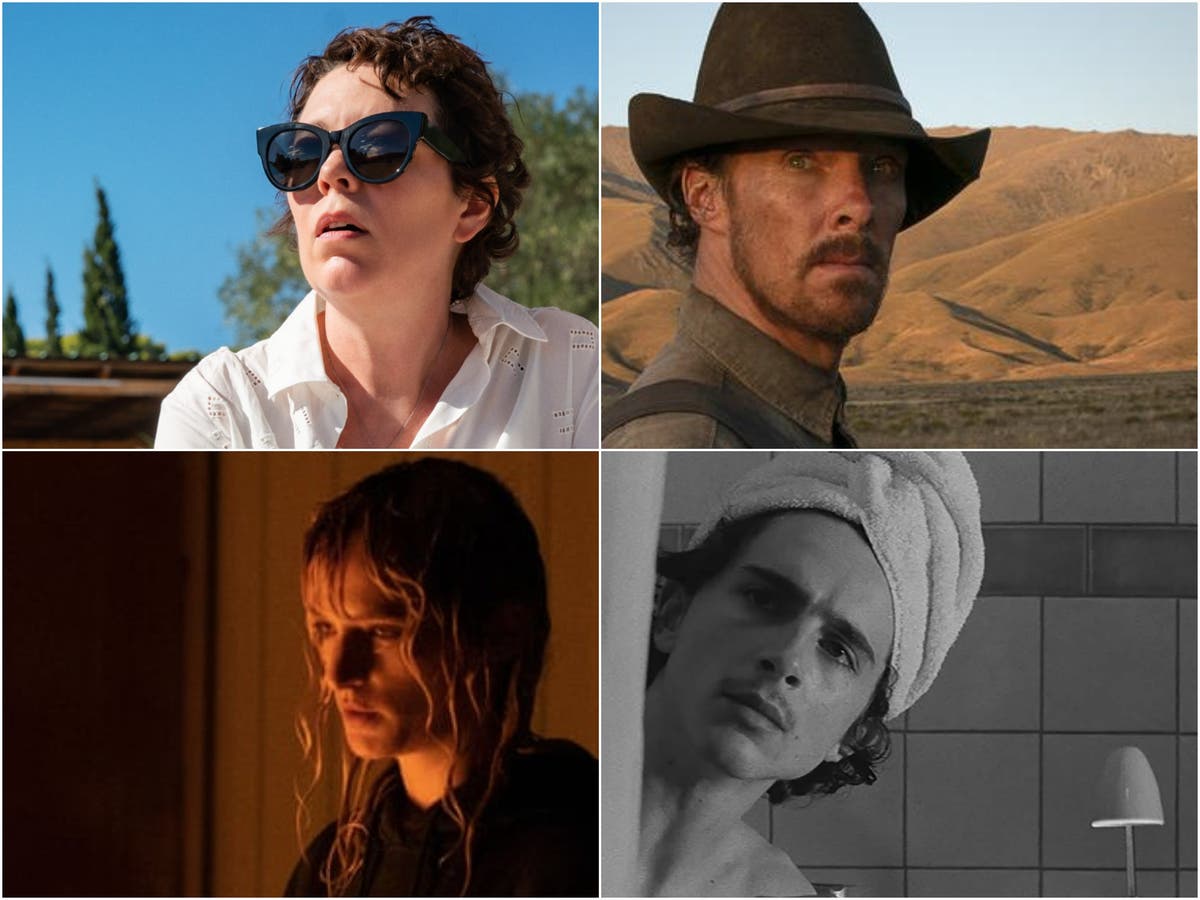 Tthis year the London Film Festival sees evil sheep sharing a queue with cowboys, Princess Diana on the same bill as a sexually volatile nun and Olivia Colman losing her mind on a Greek island. Together, they help reflect an event awash in diversity of genres and narratives and serve as proof that cinema is not quite dead yet.

Offsetting a small-scale LFF in 2020 – for obvious reasons – this year’s festival looks bigger and is loaded with cool quirks.

In a statement, festival director Tricia Tuttle bragged that the 2021 lineup has something for just about everyone.

“These are works that have moved us, provoked us, made us think and feel, and made us look at the world a little differently this year,” she added. It is an accurate assessment.

With tickets on sale at 10am today (September 20), we’ve rounded up the 12 must-see movies from this year’s event.

The surreal love child of Rosemary baby and crash (sex, not racism), Titanium is Julia Ducournau’s sequel to her teenage cannibal story Raw. This one is even better received, Ducournau winning the Palme d’Or at Cannes this year. It stars the very brave Agathe Rousselle as a pregnant woman after having sex with a car, which then kills a bunch of people. It’s bold and shiny, and really makes every young auto-erotic with a titanium plate in their head feel like being seen.

The power of the dog

Jane Campion’s homoerotic western stars Benedict Cumberbatch as a cruel cattle rancher driven to distraction by the arrival of a young man he seems to want to destroy as much as to have sex. Most important, however, is Kirsten Dunst’s presence as the young man’s mother, who can ruminate, drink, and get out of hand on the fringes. Could The power of the dog finally earning Dunst the respect, rewards and praise she has always deserved? We can only dream.

The worst person in the world

Adored at its Cannes premiere this summer, the Norwegian comedy-drama The worst person in the world sort of extracts a new life from the “20 years directionless and messy” genre that made Greta Gerwig and Phoebe Waller-Bridge stars. Actor Renate Reinsve – who plays a young woman adrift through a series of dark adventures and thankless jobs – is going to be huge.

There is still no trailer for it, nor a lot of photos, so it could be a disaster. But it also stars Denzel Washington and Frances McDormand as Macbeth and his Lady, so it seems almost unfathomable that this is anything other than spectacular. It also marks the first film written and directed by a single Coen brother – Joel – who is a curiosity in itself.

McDormand makes another appearance here, in Another Star-studded Case courtesy of Wes Anderson. Located within the walls of a New Yorker-style magazine based in France, the film looks pink and loaded and Bill Murray filled in as usual for the Grand Budapest Hotel director. Timothée Chalamet and Elisabeth Moss are among Anderson’s debutants this time around.

With his feature debut, actor and filmmaker Fran Kranz redeems himself for all those years playing the cheesy and vaguely misogynistic substitutes for Joss Whedon – in Doll house and The cabin in the woods. Mass is a gripping and difficult drama about a meeting between two sets of parents: one couple who lost their son in a school shooting, the other the parents of the boy who did. Martha Plimpton, Jason Isaacs, Ann Dowd and Reed Birney star.

The power of the dog | Official trailer

Maggie Gyllenhaal makes her directorial debut with this acclaimed adaptation of an Elena Ferrante novel, about vacationers plunged into existential hell. Alongside Paul Mescal and Jessie Buckley, Olivia Colman plays the world’s most famous character: someone who is just trying to get things done but who finds herself so distracted that she is obsessed with Dakota Johnson.

Co-written by Portrait of a Lady on Fire director Céline Sciamma, Paris, 13th arrondissement revolves around a quartet of friends and sometimes lovers, as they intertwine with sex, gender and loyalty. It also features Portraitthe transcendent Noémie Merlant, as well as the musician Jehnny Beth, and we are suitably intrigued.

Kenneth Branagh’s black-and-white recreation of his own childhood offers at least two immediate surprises: that Branagh was born and raised in Belfast at the height of the unrest, and that he clearly had ridiculously attractive parents when he chose Jamie Dornan and from abroad Catriona Balfe as their surrogates. Also with Judi Dench, Belfast is a teary-eyed sweetie coming of age, just enough to potentially be a major player at next year’s Oscars.

Beyond less musical masterpieces like Safe and Far from the sky, filmmaker Todd Haynes is one of the foremost film chroniclers of celebrity and the pop industry. His 1998 film Golden velvet is a biopic of Bowie in everything but the name, while there has never been a wilder, sadder reflection of a musical bigger than Super star, his biopic of Karen Carpenter made entirely with Barbie dolls (and impossible to view legally). Suffice to say that Haynes’ new documentary – on the title’s legendary band – should be on your radar.

Emma Corrin may have given us the definitive on-screen portrayal of Princess Diana in last season of The crown, but let’s not take it into account Spencer. Kristen Stewart would be wonderful there, and filmmaker Pablo Larrain – who directed Natalie Portman in her daring and spellbinding film Jackie Kennedy – has a form with gorgeous melodramas about tortured women, so that’s probably going to be great.

The phantom of the open

The star of Submarine directs from a screenplay by the author of Paddington, with Mark Rylance playing the real-life Maurice Flitcroft hoax, who has been dubbed “the world’s worst golfer”. All of the above may look a bit like a collection of random things picked up at a clearance sale, but The phantom of the open could also be the funniest surprise of the LFF.

Tickets for the London Film Festival are on sale now via the BFI website, with screenings held in London and selected cities across the UK.