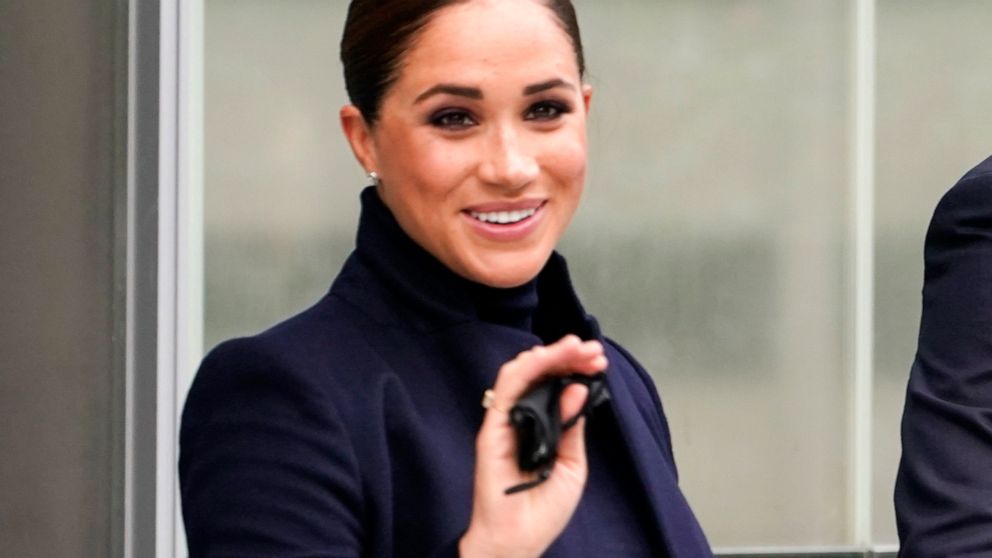 LOS ANGELES — The first podcast from Prince Harry and Meghan’s partnership with Spotify will focus on harmful labels and stereotypes applied to women.

The ‘Archetypes’ podcast will be hosted by Meghan and is set to launch this summer.

The series will include interviews with historians and experts to “investigate the labels that try to hold women back,” according to a summary posted on Spotify. The streaming service released a one-minute teaser on Thursday that opened with clips of people using the words “bitch” and “skanky” and talking about stereotypes about female strength and intelligence.

“I’m Meghan and this is ‘Archetypes’, the podcast where we dissect, explore and subvert the labels that try to hold women back,” the Duchess of Sussex says in the clip.

Harry and Meghan have a multi-year deal to produce and host podcasts for Spotify under their production company Archewell Audio. In January, the couple called on the streaming service to do more to combat misinformation about COVID-19.

It’s one of the couple’s many high-profile deals, including one with Netflix. Harry and Meghan stepped back from royal duties in March 2020 over what they described as British media intrusions and racist attitudes towards the Duchess. They have since moved to California, where they are raising their two children, Archie and Lili.

Disclaimer! Verve Times is an automatic aggregator of all media in the world. In each content, the hyperlink to the main source is specified. All trademarks belong to their rightful owners, all materials to their authors. If you are the content owner and do not want us to publish your material, please contact us by email – [email protected]. Content will be deleted within 24 hours.