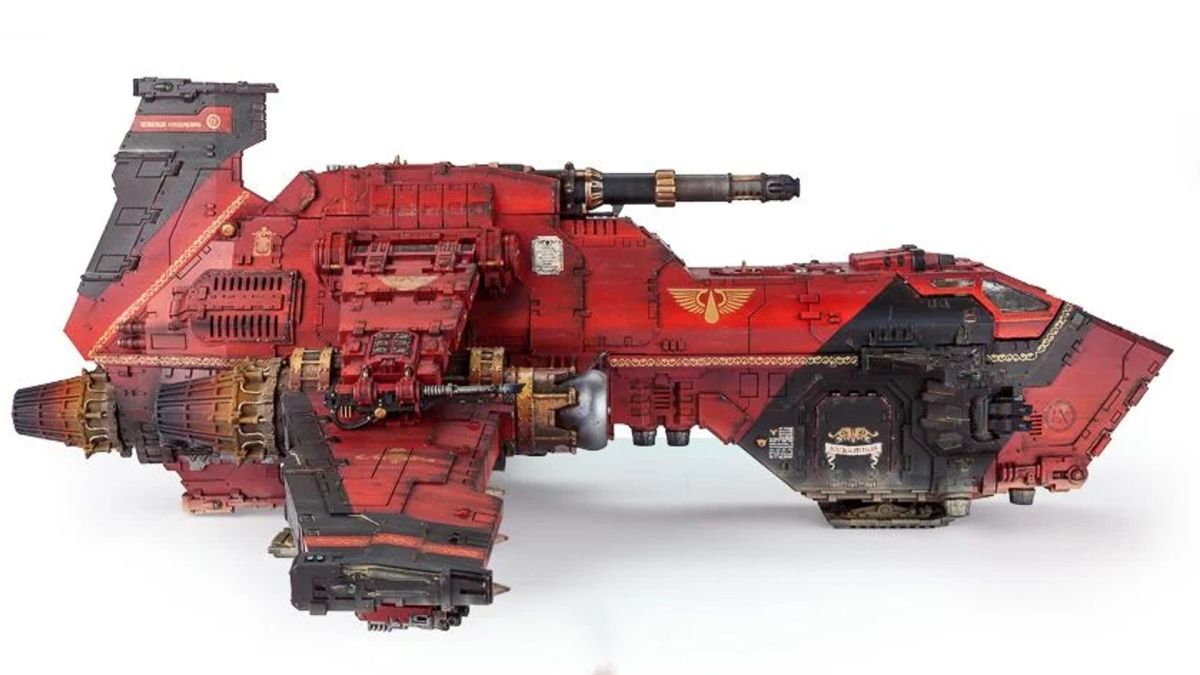 In Warhammer 40,000 history, the Thunderhawk Gunship is one of the Adeptus Astartes’ best ways to provide Space Marine transport and fire support. In the tabletop world, the all-metal models from 1997 (large enough to hold a kill team) are one of the rarest miniatures, normally priced between $ 2,000 and $ 10,000. YouTuber Warhammer Emil “Squidmar” Nyström just set a new record, selling one he assembled and painted for $ 35,000 USD / £ 25,600 on eBay.

One of only 500 made, Nystrom began tracing the history of the mini Thunderhawk in February, when he acquired one from a man in Sweden who never took it out of the box to assemble it. . Nystrom even got in touch with the original creator of the model, who says he was given the task as a sort of test for future work with Games Workshop.

“I had never done a miniature in my life before. It was my first time making a metal model,” said the designer, referred to only as “Tim”. Tim had only six months to design and cast the model for GW’s annual convention, finding time in the evenings after his day job to progress.

The set, including a fancy wooden chest with Aquila markings and certificate of ownership, weighs 22 lbs. Even for Nystrom, who made his career working with Warhammer 40,000 miniatures, the instructions for the all-metal model are very complicated.

In the 90s, the Thunderhawk cost generously (even by Warhammer standards) $ 650, or $ 1,050 after adjusting for inflation. They were made before lighter, cheaper plastic became the norm for Games Workshop models. The result is 204 pieces of metal, many of which individually weigh as much as an entire modern Warhammer kit box. To add insult to injury, the contact points on the model are totally flat (basically where one piece is supposed to be glued to another), making it a difficult assembly even for seasoned vets.

Who is the lucky buyer? The owners of a hobby store in Melbourne, Australia named The House of War.

“We thought we were buying a piece of history,” said store co-owner Riordone Treylourne, who actually bought not one, but two additional Thunderhawk miniatures that they plan to assemble and display in their store. store.

“When we come out of lockdown, this will really be something to share with the community,” Treylourne said. “Particularly in Australia. We’re a bit lost when it comes to games. One of our goals is to raise awareness of the gaming community in Australia.”

As someone who had to help a friend lug around several cases full of Space Marines, I can understand why Nystrom spent an additional $ 500 to get a custom case and foam padding to transport the model across international waters. Nystrom said the case could drop a maximum of 300 meters without damaging the model inside.