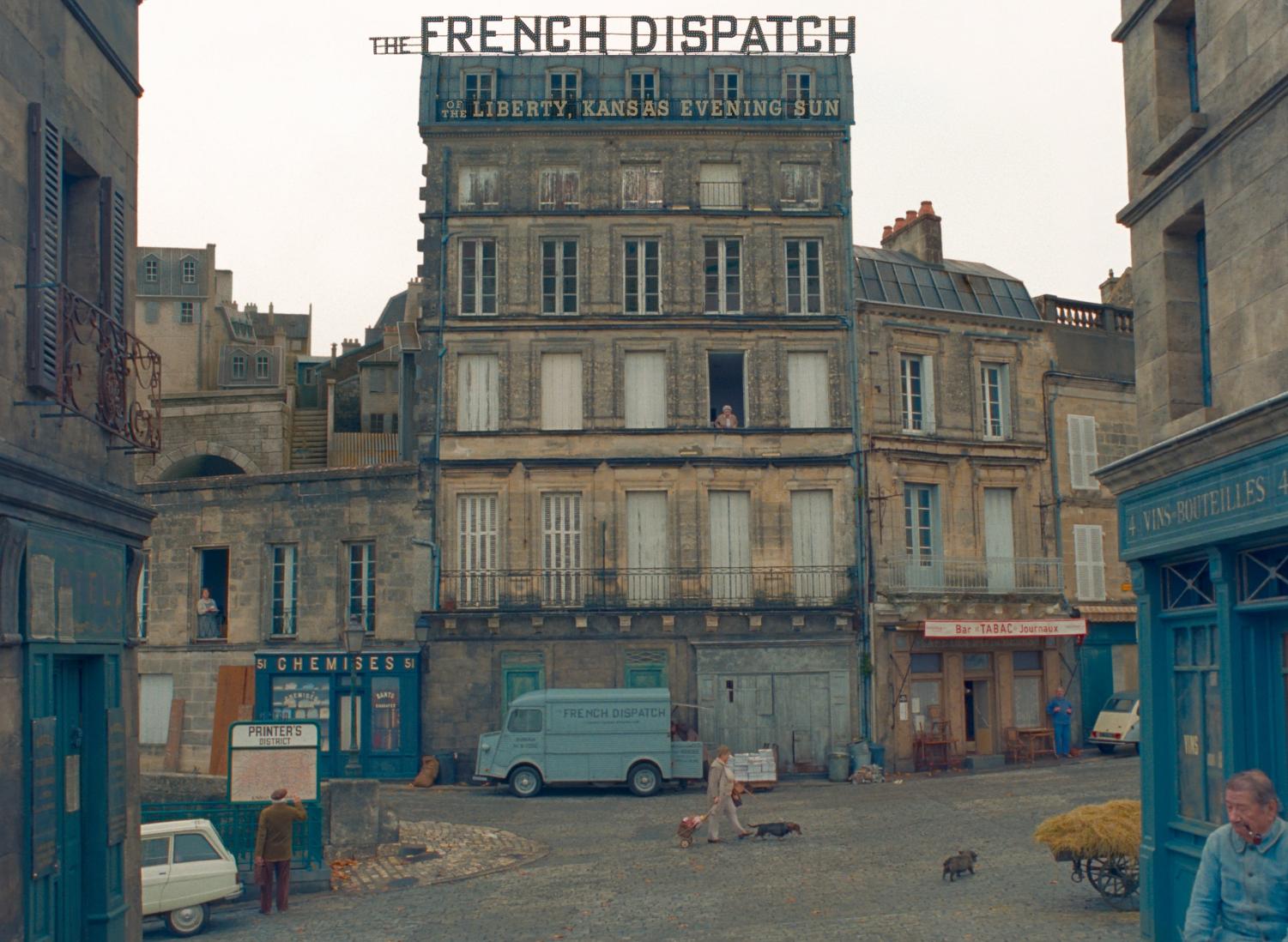 Wes anderson has one of the most distinctive styles, both visually and musically, of any director working in this era. From the design of the rooms to the clothes the characters wear to the music they listen to, from the symmetry of the shot composition to the color palette, Anderson’s fingerprint is precise and easy to recognize.

As such, Anderson is more like cilantro. You have the taste gene or not. A certain person might look at a picture from an Anderson movie and find it enchanting and beautiful, while another might look at the same picture and find it tweaked and precious. Both are firmly convinced of their correctness. The reasons people love and hate Anderson are exactly the same.

For such a stylist, Anderson is also a remarkably literary filmmaker. His latest film, “The French dispatch” is a written love letter. The French Dispatch was originally the outpost of a small town newspaper, the Liberty, Kansas’ Evening Sun. The publication is based in the fictional Ennui-Sur-Blasé, France, and overseen by editor’s adorable Crank Arthur Howitzer Jr. (Bill Murray). He is The New Yorker in everything except the name and location.

Anthology film, “The French Dispatch” adapts the structure of a magazine issue, telling long articles and chronicles of the final edition of the publication. It begins with the obituary of the recently deceased Howitzer, which stated that the diary would end with his death, coating the film with a melancholy memory game like nostalgia. It’s the end of an era, and Anderson will show you what gets lost.

After that he enters a local color column written by Herbsaint Sazerac (formidable name) played by Owen Wilson, who rides a bike around Ennui-Sur-Blasé with the aplomb of a silent film actor.

“Revisions to a Manifesto” is an account of the French demonstrations of May 1968, reported by correspondent Lucinda Krementz (Francoise McDormand) through the eyes of student leader Zeffirelli (Timothée Chalamet).

The latest feature film, “The Private Dining Room of the Police Commissioner,” finds a James baldwin-like food critic Roebuck Wright (Jeffrey wright) telling a Dick cavett-type talk show how a simple profile of a famous chef got him involved in a kidnapping.

In a modest but fascinating way, Anderson uses the language of cinema to replicate the act of reading a magazine. Often the storytelling in a movie is distracting and redundant, but in “The French Dispatch” it performs a function. There is little change in the pace and style of each of the sections, illustrating that they were written by different authors. that of Alexandre Desplat The delightful and playful score mimics the clicking of typewriter keys or the scratching of a pencil at times.

A delicious and charming plea for the importance of art

It would take many views and a library-length bibliography to discover all of the literature and pop culture references included in the movie, but watching “The French Dispatch” you never get the impression that something is beyond you. Do not know that “The Concrete Masterpiece” was inspired by The New Yorker’s six-part play about art dealer Lord Duveen, or catch the references to the films of Jean-Luc Godard in “Revisions of a manifesto”.

Anderson has a light, playful touch that moves easily through the thumbnails. It is not pretentious. “The French dispatch” is an easy-going watch with a sweet, dry sense of humor.

“The French Dispatch” is full of members of Anderson’s traveling troupe such as Murray, Brody, Wilson, Swinton, Edouard Norton, Jason schwartzman, Bob balaban, Willem Dafoe and Angelica Huston, but the best performance in the film came from Wright. Even when he makes jokes, his baritone voice brings to the surface the melancholy that has always lurked under Anderson’s tchotchkes and dioramas. His explanation of why he writes about food is breathtakingly poignant and gives “The French Dispatch” rich and emotional importance.

Melancholy suffocates on the outskirts of “The French Dispatch”, refuting critics who seek to demean Anderson as a dollhouse maker. Writing about the film, many critics called it an elegy, but I see it as a plea: Anderson’s plea for the preservation of beauty and art, and him trying to show the audience this that it gives life.