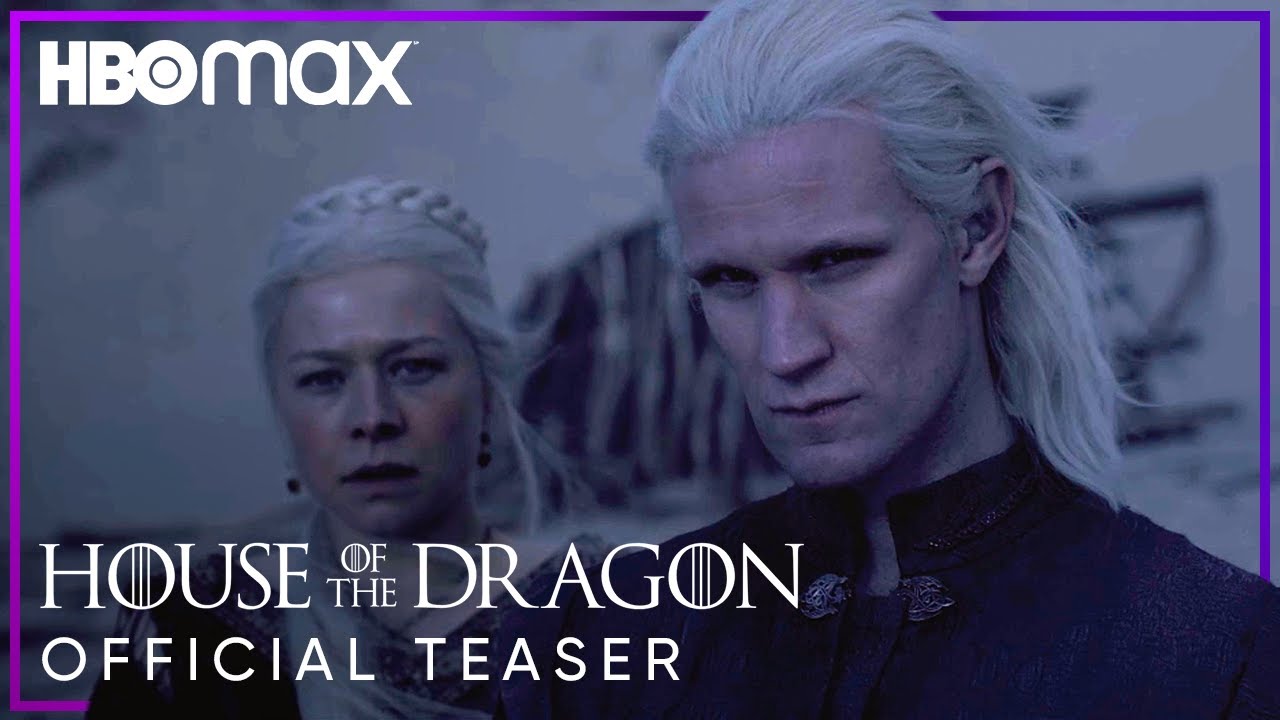 HBO has released the new trailer for its upcoming House of the Dragon series, a prequel series to the popular Game of Thrones franchise.

Damon Targaryen, played by Matt Smith, narrates throughout the trailer. Based on “Fire & Blood” by George RR Martin, the series, which takes place 200 years before the events of “Game of Thrones”, tells the story of House Targaryen.

The House of the Dragon series will focus on the Targaryen Civil War and the eventual fall of their kingdom to the Mad King. George RR Martin is co-creator and executive producer.

If you don’t already know, the cast of this highly anticipated series is dotted with stars! The stages will be filled with phenomenal actors. Original Game of Thrones composer Ramin Djawadi is also returning to give the show its enormous sense of gravity.

So far, it’s unclear if the show will run into a ton of flashbacks given that we’re seeing both young and old Rhaenyra Targaryen. One can only hope this is a smooth transition between scenes.

Connections to the original series

If you stop frame by frame, you’ll see a very familiar Valyrian dagger. A House Stark crest on the jousting horse.

Can we talk about Iron Throne?!?! With the massive amount of molten swords covering the throne room as opposed to the height, we see it in the books.

With some recycled sets, you can bet there will be a lot of subtle changes to be found. Maybe an old Starbucks mug!

So, were you so excited that we were seeing the Old Iron Throne again on your screen? Let us know in the comments below and be sure to follow up with ThatHashtagshow.com for everything trendy in geek pop culture! Also be sure to follow me on WIRELESS PLAY on Facebook and YouTube.