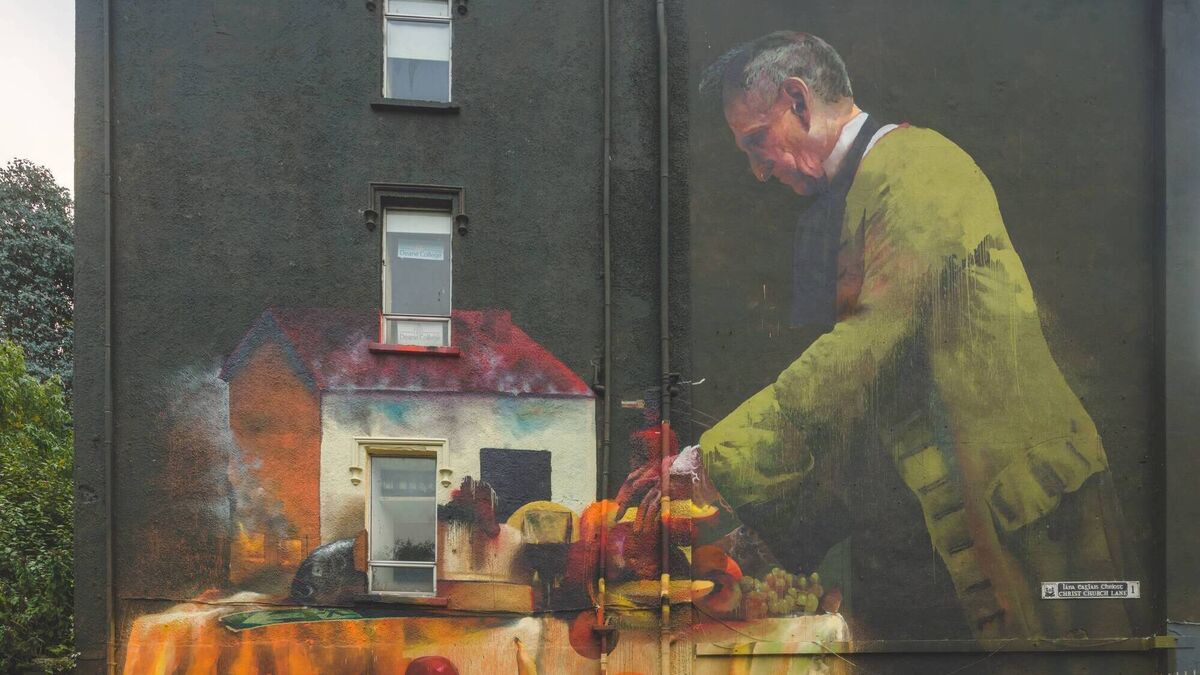 THE Ardú Street Art Project has completed its second year, having completed four large-scale murals around parts of Cork City in recent weeks.

Mr Harrington, who now lives in London, said he drew inspiration from the English market for his first Leeside mural.

“My favorite part of Cork is the English market,” he said. “I used to shop there as much as I could when I lived in Tower St, and every time I come home I’m always sure to walk around and soak up the atmosphere.

“In my painting, a man sets a table – a composition of fruit and vegetables in the style of many 18th century still lifes, when the English Market and much of the Grand Parade and Patrick’s Street were built.

“The table is overflowing with fruit, an abundance of fresh produce available on the market for years. “

Harrington also included a dollhouse in the painting to illustrate the importance of Cork’s food scene, as well as a fire extinguisher to recall the Cork fire in 1920.

Over 140 gallons of paint, tinted in over 22 colors, was used for the mural, which was sponsored by Pat McDonnell Paints.

The work joins Shane O’Malley’s painting on Lower Glanmire Rd, Friz’s Goddess Cliodhna on St Finbarr’s Road and What is the house? by asbestos in South Main St.

Organizers of the initiative, which began after the pandemic, say it aims to “inject a burst of color, dynamism and life into the city in lockdown.” They recently opened an online donation page to fund the project.

Those who donate will automatically be entered into a raffle to win a signed copy of the artwork featured in last year’s series, which was created by Maser, Peter Martin, Shane O’Driscoll, Deirdre Breen, Garreth Joyce, Aches and James Earley.

To make a donation or take an audio tour of the works, visit arducork.ie.