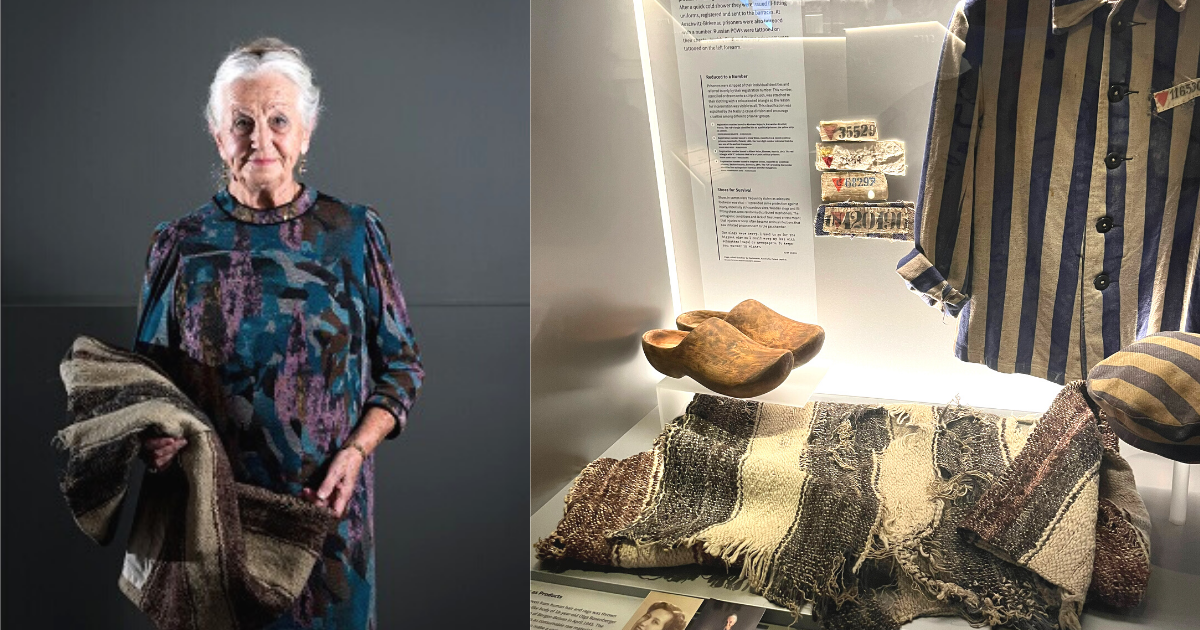 “This blanket is rare and we don’t know of any other in Australia,” said SJM chief curator Roslyn Sugarman. Mama Mia.

“Her condition is fragile; the hair breaks and falls out at the slightest touch. We are so aware of what the hair means and how it was collected. The blanket contains the victims’ DNA, and therefore she is a carrier. a lot of emotion, especially when you know the story behind it.”

Roslyn also shares with us the story of the late Eddie Jaku OAM, a Holocaust survivor whose worn leather belt remained with him in four camps, including Auschwitz. It was the only personal item he was able to keep during the Holocaust.

As Jaku had told museum visitors, “I had to make a few extra holes because every few months I was getting smaller and skinnier. I couldn’t part with it for quite a while. It was my only good. My suffering and all, this belt knows it.”

Listen to Eddie Jaku on No Filter. The message continues after the audio.

With approximately 15,000 objects in the museum’s collection, there are countless stories and memories associated with each object.

Francine Lazarus was four years old when her father left her with strangers on a farm in Belgium and disappeared.

Francine and her family were Jewish and their safety was at risk. So Francine’s father tried to hide his daughter from the Nazis.

“Distraught, scared and alone, I cried for days,” Francine said in testimony recorded in the archives of the Jewish Museum of Sydney.

“I was relatively safe and had enough food. I moved from shelter to shelter. My clothes became too small, my shoes too tight. My clothes were riddled with lice. When visitors arrived, I had to hide in a dark closet and be very calm, despite the itching of lice bites.”

Francine’s only business was a miniature ceramic coffee set. While playing with it, she imagined entertaining other children and eating imaginary cookies with her imaginary coffee.